All apartments have air conditioning, television, private balcony from both sides of the apartments and refrain from the beach Batsi, only 170 meters.

HOW TO FIND US 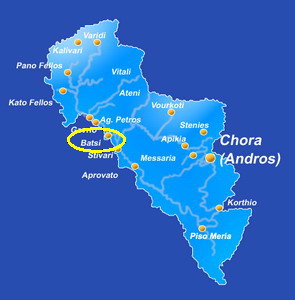